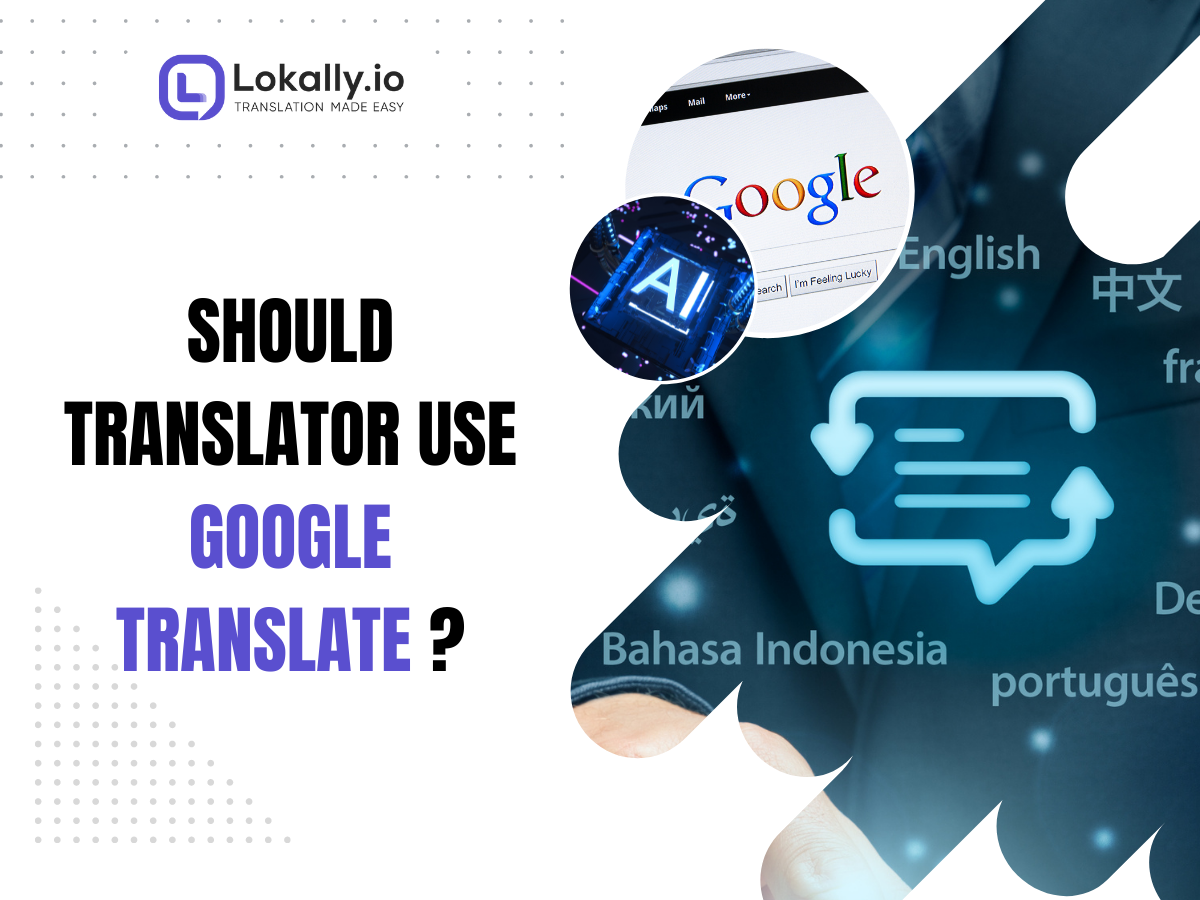 SHOULD TRANSLATOR USE GOOGLE TRANSLATE IN 2022?

In the current version, when addressing the official website of Google Translate you will see the display above. This translation tool allows users to translate in 3 common types: text, documents, and websites in different language pairs so that users can manually choose the source language and the target language.

Moreover, Google translate will soon release a brand new feature that helps consumers to transcribe real-time conversations by recording through a smartphone and then generating the results in target languages. This function has already been reviewed in the press in San Francisco that it will record the audio of conversation and generate text in the chosen target language. However Google has not announced the official date to release this new feature, but it is still a desirable function for all translators and language learners.

Machine translation is continuously evolving and Google translate is not an exception. As the human brain learns new things by collecting, practicing, and remembering, Google translate acknowledges languages in the same way by using Google's database. For commonly used languages in Google search engines such as English, for example, Google Translate has an enormous source to learn that language’s grammar, context to use, vocabulary…because people search, write blogs, and create lots of information in English. By learning that, Google translate will generate excellent translation quality in the target language - English.

There is an undeniable fact that human translation cannot compete with machine translation in speed. Even a professional translator needs 3-4 hours to convert a 2000-word document from one language to another language, but Google Translate just needs seconds to finish it. The translated document still requires proofreading to reach the perfect quality. Obviously! However, from the simple comparison, we can see how much machine translation helps us to save translating time.

Google Translate is completely free for all users. It is a huge plus point of Google Translate. All you need to use this app is just an Internet connection and you can translate documents anytime and anywhere with 3 basic steps:

Due to its simple display and quick translation, everyone can learn to use this app from the first step. Google Translate is suitable for both professional translators and language learners at the beginner level.

Even though there is a significant improvement in Google Translate, machine translation will never be able to replace human translation due to language complexities. Therefore, translators definitely need to notice some drawbacks listed below to use Google Translate effectively as a supporting tool.

There are 2 typical format errors in Google Translate: fonts and language grammar.

Firstly, in terms of different fonts in languages, it’s quite difficult for Google to keep the fonts unchanged during the translation process. For example, while English uses the Latin alphabet, Chinese characters are roughly logosyllabic. They are entirely different. So if you convert English to Chinese and vice versa, Google translate may generate the wrong target language fonts.

Secondly, Google translate can also easily make grammatical mistakes. Another example is that question words are typically placed at the beginning of sentences in English, while question words in Chinese are set at the end of sentences. Therefore when Google translates word by word, it misarranged words in the target language, affecting the coherence of the whole sentence. From professional translators to general language learners, people must have felt really irritated when reading text with chaotic grammar.

Lack of Context and Cultural Nuance

Language diversity is what struggles Google Translate the most. We can name some tricky language characteristics such as:

Therefore, unlike skilled translators, Google Translate may not distinguish those differences and translate words in the wrong context. Sometimes it will lead to hilarious situations.

So, Is Google Translate a helpful tool?

Yes and no. It depends on your needs.

In general, Google Translate and machine translation are definitely evolving in the translation industry. However, users should note the pros and cons above to efficiently upgrade your translation quality and optimize your working process.

Follow Lokally blog to keep updated on the newest information in the translation field.