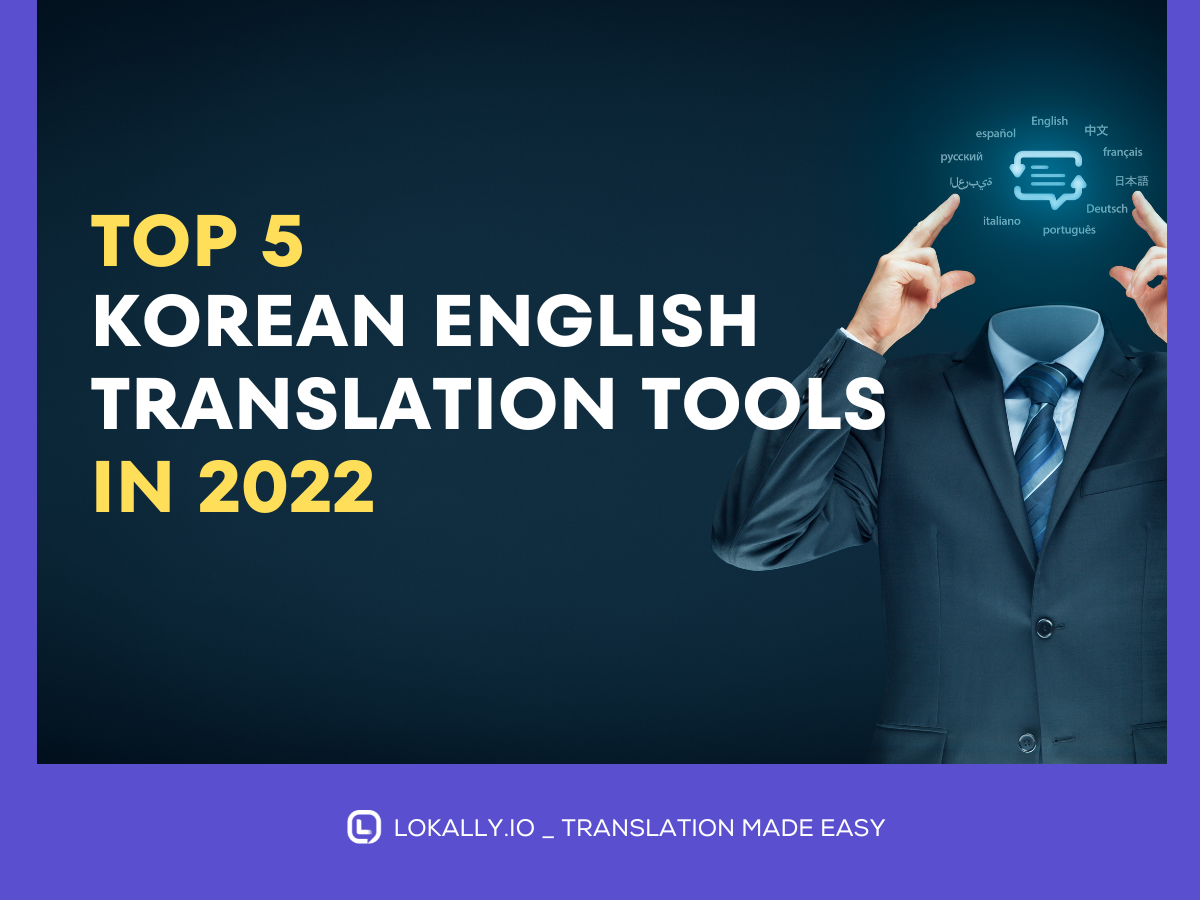 For most English speakers who are already familiar with the Latin script alphabet (including 26 characters a,b, and c…), the symbolic writing system is way more challenging. That’s why in this post, we will find the top 5 most qualified Korean - English translation apps to help you conquer the language faster and smarter.

With the boom of Korean culture across the world, it is undeniable that Korean is one of the most popular languages and attracts many more people, especially young adolescents to learn the language. Therefore, it also means that Korean - English translation demands or vice versa are continuously increasing.

Read more: Why you should learn Korean here right in 2022 here.

However, translating Korean may be kind of difficult in the beginning because Korean has its own symbolic character systems. For most English speakers who are already familiar with the Latin script alphabet (including 26 characters a,b, and c…), the symbolic writing system is way more challenging. That’s why in this post, we will find the top 5 most qualified Korean - English translation apps to help you conquer the language faster and smarter.

The first position in this list must be the Naver translators app developed by the most popular search engine in Korea - Naver. As Google Translate, Naver Korean Engish dictionary also crawls and learns the language through an enormous database from the Naver search engine. Therefore, this machine translation tool can easily generate translated documents with high accuracy.

Dig more into this tool, Naver Korean English dictionary offers not only basic service as translation and dictionary but also common idioms and conversations related to the translated word. For example, if you look up the word 병진 운동 (translation) in the dictionary. The result will show up information in 4 categories, as shown in the picture below, which are:

In case you are struggling with inserting words to translate. Don’t worry. This tool allows users to import original words in 4 ways: drawing, recording words, using a virtual Korean keyboard, and recognizing translation words by camera. Consequently, you can opt for 1 out of 4 ways to search for the term without the problem of typing difficulty. The feature is a unique selling point that makes this tool outstanding among others.

Another translation tool is Papago- a machine translation tool also developed by Naver and released on August 8, 2016. Some people may consider Papago a duplicate version of Naver Translation and dictionary, but it is more than that.

Papago provides the translation in just 13 languages, including Chinese, Japanese, English, French, Spanish, Thai, Vietnamese, German, Indonesian, Russian, Portuguese, and Hindi. In addition, it can convert language in text, voice, and even text in pictures.

Due to its high accuracy, in Korean, Papago is even more popular than Google Translate. Papago developers have already installed features such as 1:1 conversation mode, image translation, and global conversation in this app. Not only a translation app, but it is also a Korean language community for you to practice and translate Korean.

With the popularity of Google all around the world, It’s undoubtedly to say that Google Translate may be the first option popping up in mind when it comes to translation. The first reason is that it can support up to 103 languages, much more than a number of languages other apps can translate to.

As you can see in the picture, it is the current display of Google Translate, including 3 main translation types: text, documents, and website translation. Due to your demand for translation, choose the option that works best for you.

Even though this tool has advantages over the number of languages it supports, the drawback is the quality of translation in terms of context-based meaning, especially in Korean. Because English grammar differs from Korean grammar, translating word by word can easily lead to misunderstanding translation. However, for Korean learners and translators, it is still worth trying the text translation function of Google Translate because of its convenience.

Next is the appearance of a new translation tool - Lokally.io with the tagline TRANSLATION MADE EASY. Although this tool was just released, it developed helpful functions that can optimize translation time for Korean translators.

In just a few seconds, users can convert multiple files from languages to Korean or vice versa with Lokally.io. This tool also supports translating documents in standard file formats such as word, PowerPoint, pdf, xlsx. If you are a translator with lots of documents to translate as fast as possible, sign in Lokally.io to deal with all the files in seconds.

The last name in this list isWaygo - Chinese, Japanese and Korean Translator. Its name speaks. This translation tool focuses on Korean, Chinese, and Japanese. Although it doesn’t support many languages as the translation apps above, it has other valuable functions such as image recognition and reading a translation. Image recognition technology and intelligent translation on Waygo help users to take advantage of the camera on the mobile device to take pictures and translate texts instantly. In addition, Waygo also supports reading translations in English with a standard native accent.

However, this machine translation technology just provides a limited trial. Users just have 10 times per day to translate for free. Above this usage, translators need to pay $6.99 more to use the entire application.

For new users, there are some tips you need to know to use Waygo effectively. Firstly, if you use Waygo image recognition feature, the result will be more accurate if the words on the image are printed in standard fonts, not the styled font or handwritten text. If the text is too small or blurred, use added features on Waygo to translate.

Korean will be much easier to translate by using the 5 machine translation tools suggested above. If you want to update more information about the translation field, sign in Lokally.io and read more here.